“Education is a human right with immense power to transform. On its foundation rest the cornerstones of freedom, democracy and sustainable human development”. ~ Kofi Annan~ The late UN Secretary-General. 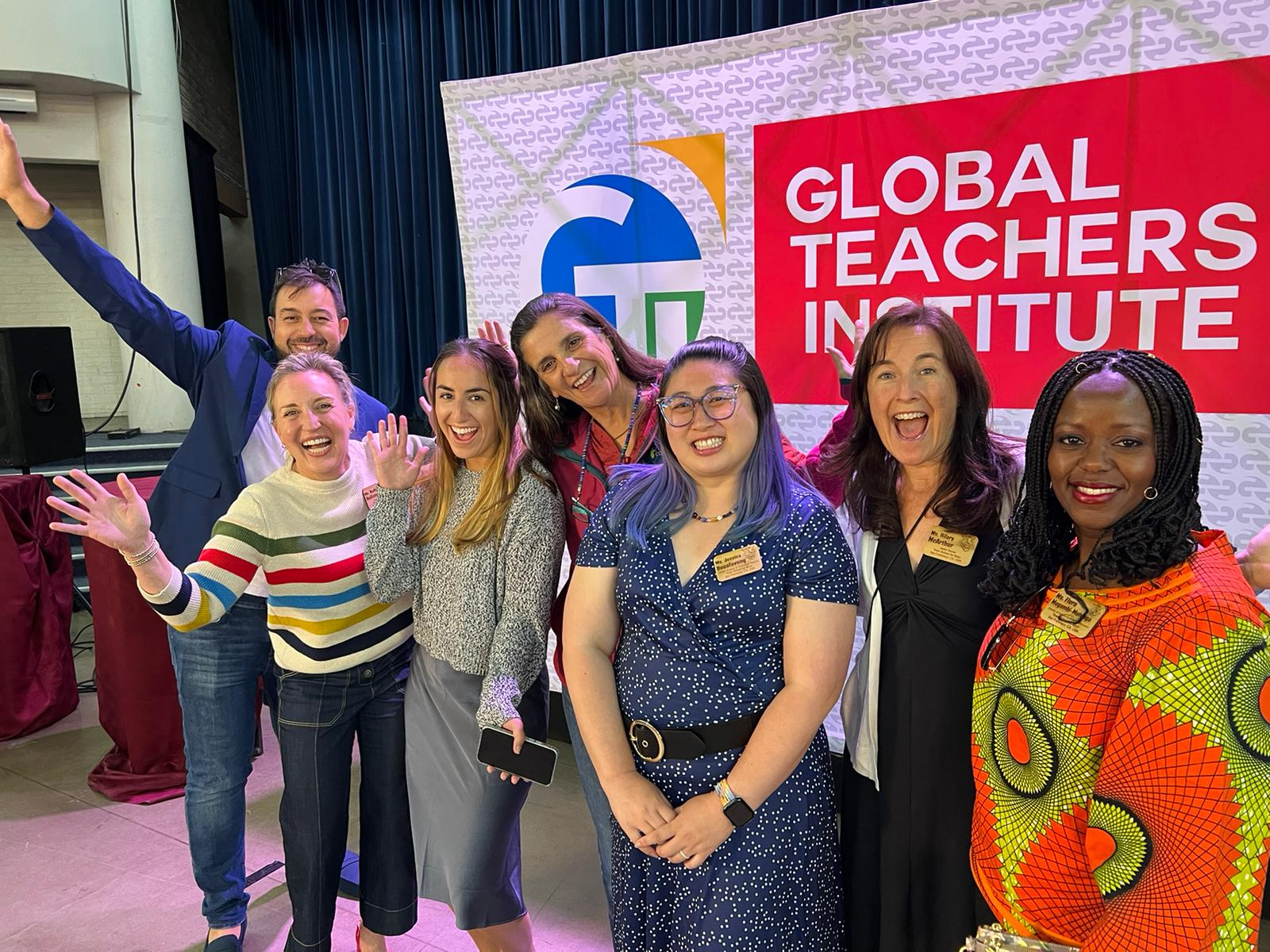 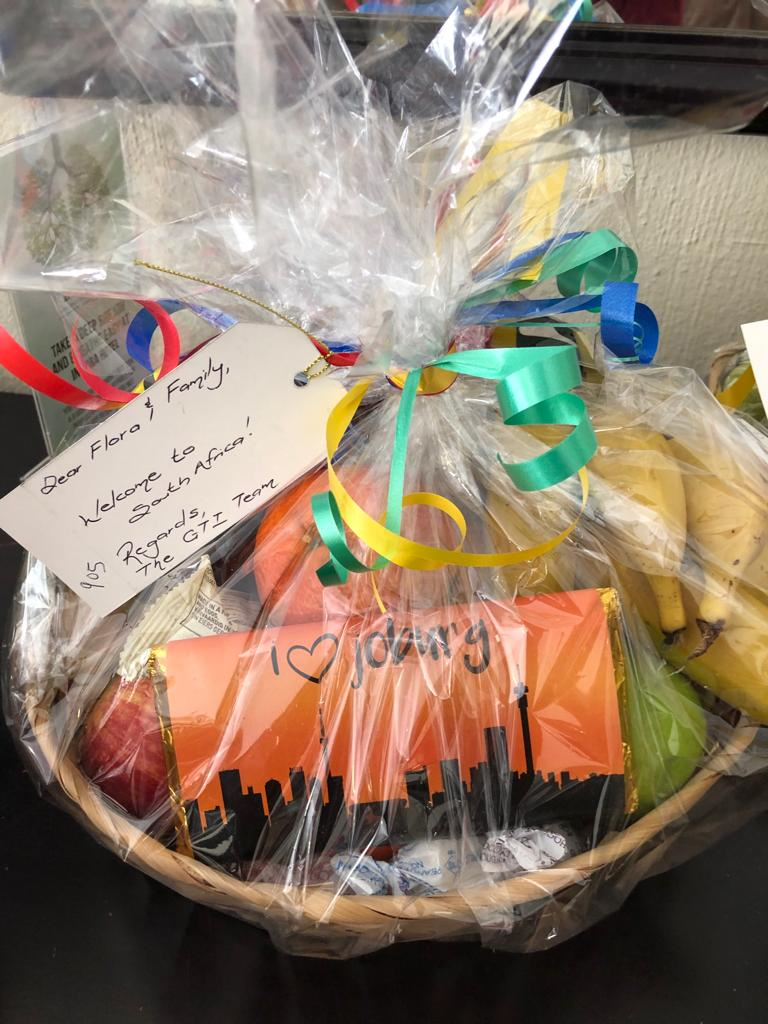 A group of TWA Bay Area educators from The Hamlin School for Girls and The Town School for Boys travelled to Johannesburg, South Africa in July to attend and participate in the Global Teachers Institute (GTI) Axis Summit Conference at the Heron Bridge College Campus. Each team member was welcomed by GTI with a beautiful snack gift basket! The timely theme of the conference was “Revive, Refresh, Regenerate Education In a Post-Pandemic Era”.

As a precursor to the conference, there was a celebratory reception marking the 5th year of GTI’s status as a separate entity from LEAP Science and Maths Schools. Established in 2017, the Global Teachers Institute is a non-profit organization registered with the Department of Social Development and as a Public Benefit Organization. It is also registered with SARS (South African Revenue Service) after being incubated in the LEAP Science and Maths Schools and the South African Extraordinary Schools Coalition.

During this joyous reception, kicked off with a powerful message from John Gilmour, Founder and Executive Director of the LEAP schools, the TWA team learned more about the strong and flourishing partnership between GTI, The Future Leaders Program and the Department of Basic Education (DBE). Representative Mr. Ben Lubisi from DBE  acknowledged the important work that GTI is engaged in South Africa and beyond. Mr. Lubisi also expressed how excited he was to be facilitating the expansion of GTI into the Northern Cape Province. South Africa has over 24,000 teacher vacant posts. Research finds that 45% of teachers will retire in the next ten years. TWA received gratitude from GTI at the reception as a major funder in the investment of their teacher programs.

Town School for Boys was also recognized at the reception for donating ten gently used Mac Airbook laptops to LEAP 3 Maths and Science School in Alexandra. 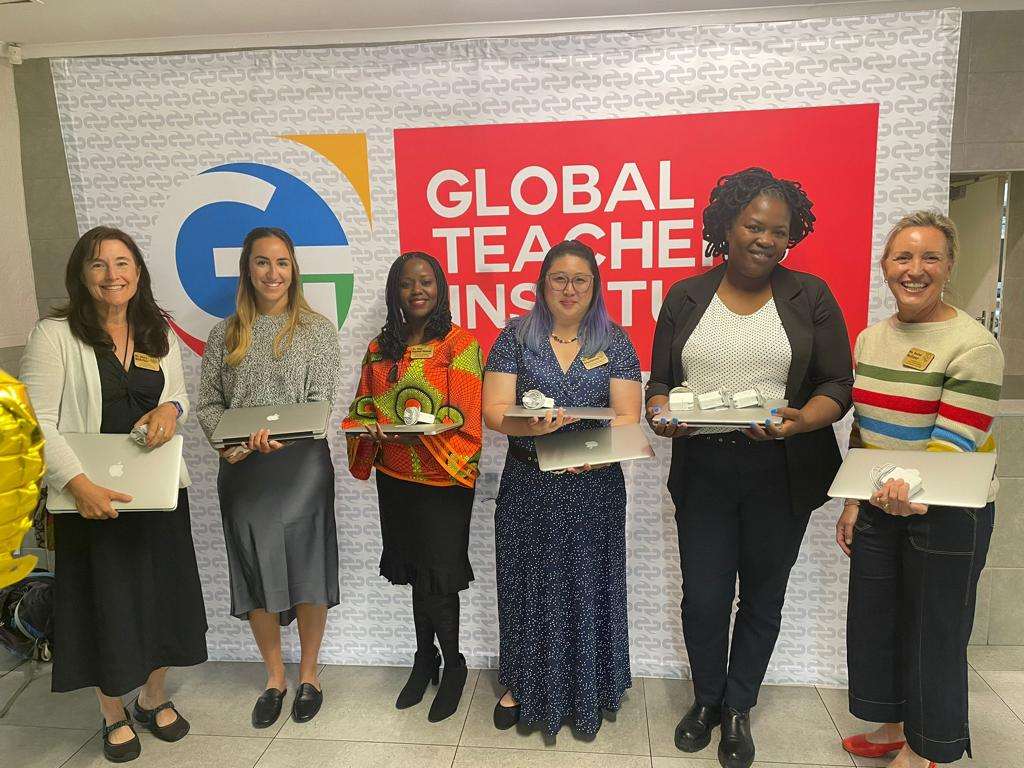 During the two-day summit, a range of Community of Practice workshops which were led by experienced and aspiring teachers was offered. The TWA team joined workshops ranging from classroom dynamics impacted by the ongoing pandemic, deepening mathematics with the influence of Jo Boaler to navigating a changing world, etc. The workshops were impactful and encouraged robust conversations among the participants.

On day two of the conference, the TWA cohort jointly presented a highly interactive Social Emotional Learning (SEL) workshop, “Rebuilding Authentic Connections After Two Years of The Pandemic”. Participants were encouraged to practice some of the skills that were shared, and several teachers planned to take these practices back to their classrooms, resulting in a very successful and fulfilling workshop. The TWA team also participated in a panel discussion on digital access in education.

Flora Mugambi- Mutunga, Senior Community and Educational Consultant at Teach With Africa were honored to be the keynote speaker on day 2 of the conference. The content of her speech was framed around the conference theme with a nod to her ancestral roots and all those who made it possible for Flora to attain her education in post-colonial Kenya. She also touched upon the impact of the pandemic on the education sector globally- underscoring the fact that everyone was impacted and that we must highlight social-emotional education and wellness everywhere. Participants were also called to action to reconnect with their Social Responsibility Projects. Please click here for Flora’s keynote speech.

The days following the conference found the TWA cohort on a further learning quest of the complex history of South Africa and for the hope of equitable education. They participated in a Soweto walking tour, a visit to the Apartheid Museum, Constitutional Hill Human Rights Precinct and Robben Island all the while recalling Mandela’s quote, “Education Is The Most Powerful Weapon Which You Can Use To Change The World”.

On July 18th, Mandela’s birthday, some of the TWA teachers participated in Mandela Day Activities in Alexandra and Langa Townships. “The Mandela Day Campaign message encourages people to use 67 minutes of their time to support a chosen charity or serve in their local community. The 67 minutes symbolically represent the number of years the former President fought for human rights and the abolition of apartheid” (www.za.gov).

Ximena, a member of the TWA team helped to prepare a meal in Alexandra, and it was served to approximately 367 people- most of whom were children. In Langa, children were provided with a range of entertainment including face painting, playing in a bouncy castle, and music and were also served refreshments. John Gilmour encouraged children to think about the attributes Mandela embodied. It was a very powerful and meaningful day.

The team visited LEAP 4 Maths And Science School in Diepsloot and bore witness to a moving Life Orientation Circle (social emotional learning concept) in which students reflected on their personal challenges and success. It was evident that the students were in a loving and supportive environment, which also allowed for their academic excellence. They took pride in their school and their achievements as they toured the TWA cohort around their beautiful campus.

The TWA teachers’  time together concluded at a community potluck, traditional dinner cuisine and card game hosted by GTI administrators in the home of Dr. Fay Hodza. The sense of community and Ubuntu were palpable, as were the friendships that were formed throughout the time at the conference and beyond. Dr. Hodza once again expressed his gratitude to Teach With Africa for making the Axis Summit possible and the ongoing partnership with GTI.

On Sunday, August 21st, the Bay Area TWA cohort presented their workshop and reflections to members of the TWA Board and supporters of the organization at a reception in the home of Larry and Margie Schlenoff.

Flora said that she remains incredibly grateful and humbled by the opportunity to have led a dynamic TWA Bay Area teacher delegation to Johannesburg, South Africa after a pandemic hiatus. She also had the pleasure of meeting with social justice activist and medical doctor, Mamphela Ramphele in Cape Town. Dr. Ramphele is a staunch supporter of access to quality education in South Africa. 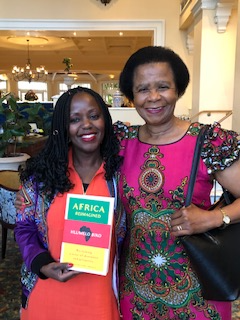 Flora is very hopeful that the partnership between Teach With Africa, USA partner schools and Global Teachers Institute will positively impact the global education sector and help continue transformation through education!

We use cookies on our website to give you the most relevant experience by remembering your preferences and repeat visits. By clicking “Accept”, you consent to the use of ALL the cookies.
Cookie settingsACCEPT
Manage consent

This website uses cookies to improve your experience while you navigate through the website. Out of these, the cookies that are categorized as necessary are stored on your browser as they are essential for the working of basic functionalities of the website. We also use third-party cookies that help us analyze and understand how you use this website. These cookies will be stored in your browser only with your consent. You also have the option to opt-out of these cookies. But opting out of some of these cookies may affect your browsing experience.
Necessary Always Enabled
Necessary cookies are absolutely essential for the website to function properly. This category only includes cookies that ensures basic functionalities and security features of the website. These cookies do not store any personal information.
Non-necessary
Any cookies that may not be particularly necessary for the website to function and is used specifically to collect user personal data via analytics, ads, other embedded contents are termed as non-necessary cookies. It is mandatory to procure user consent prior to running these cookies on your website.
SAVE & ACCEPT